Have you ever felt stuck in your health journey and thinking that retraining the limbic system is next to impossible? Like you’re doing all the things to be healthy—taking supplements, drinking bone broth and green juice and working out—but, no matter what, your body is not healing?

If so, you are not alone!

While there is a time and place for elimination diets, leaky gut protocols and probiotics, in some cases, when nothing seems to help, there is greater work that needs to be done in the brain to really correct imbalances. 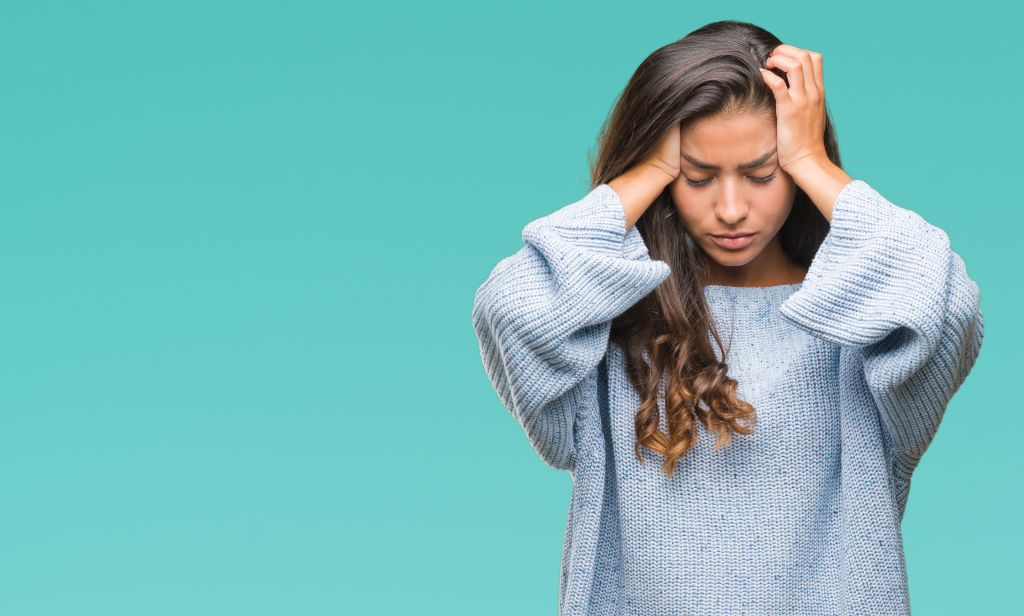 The limbic system consists of 3 components of the brain (the amygdala, the hippocampus, and the thalamus) that work together to help you deal with emotions, memory and the stress response.

The limbic system acts as a control center for conscious and unconscious functions, regulating much of what the body does in our daily life. When we encounter stress, the limbic system—particularly the amygdala— acts as the first responder, telling your body and mind how to perceive that stress.

Think of the limbic system as your personal built-in stress interpreter—it decides whether or not to interpret any danger (from foods to environments, experiences, chemicals or people) as a “threat” or “no threat”.

Sometimes, the limbic system needs some retraining in order to do this effectively.

How the Limbic System Works

Much of your limbic system’s stress decision making is based upon its memory, previous experiences and current belief patterns about that stress. .

In research, the peanut allergy study is a perfect example of the limbic system at play!

In actuality, both groups ate the same amount of peanuts, and both groups experienced exactly what researchers told them they would experience.  In other words: their limbic system was already wired and primed to respond how it was told to believe and feel.

Another study (2) comparing what happened to the metabolisms of two groups who drank a milkshake is another great example. 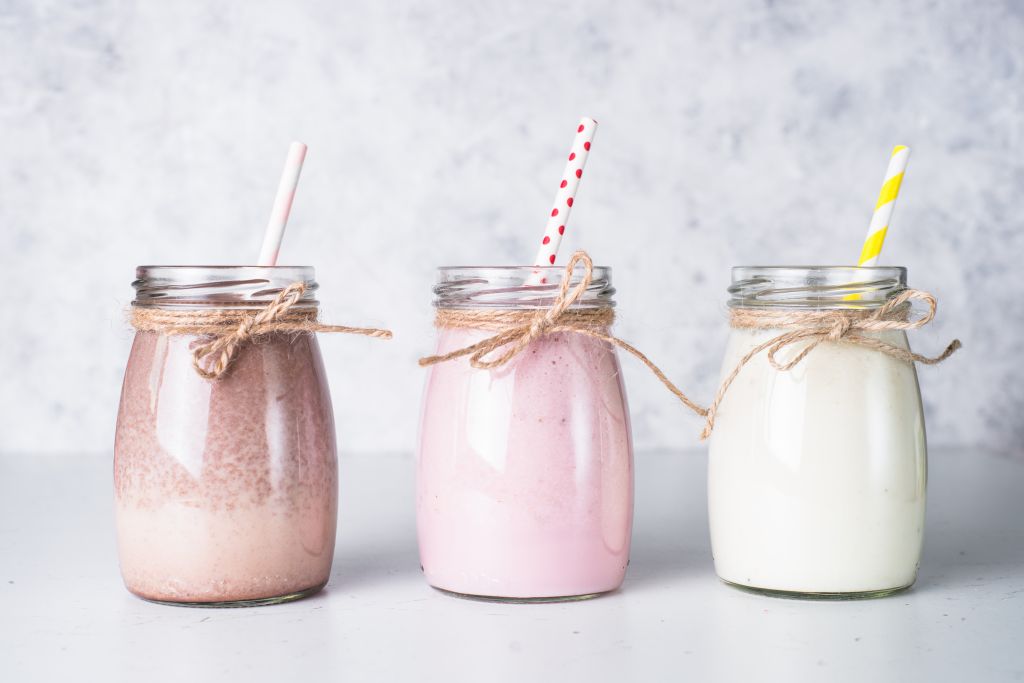 In the study, groups were divided into either the “sensible milkshake group”—told they were consuming a 140-calorie diet “Sensishake”, or the “indulgent milkshake group”—told they were consuming a 600+ calorie dessert like milkshake. In actuality, both groups drank the exact same 380-calorie milkshake, yet findings revealed that the participants’ perceptions affected their metabolisms. The Sensishake group felt hungrier, unsatisfied and had the urge to eat more that day, whereas the indulgent shake group felt more satisfied—not hungry at all.

The conclusion: Our brain’s limbic interpretation of stress and our current situation—can greatly influence how our body physically responds.

Once the limbic system decides whether or not that pepperoni pizza, mean comment, Orange Theory workout, peanut or milkshake is stressful, the limbic system then sends a signal to your hypothalamus affirming either:

If your limbic system sounds the alarms, the hypothalamus then activates the second component of the stress response system, known as the HPA axis (the hypothalamus, the pituitary gland, and the adrenal glands)—and all hell breaks loose!

The HPA axis triggers the release of cortisol and the body and mind stays revved up in “fight or flight” until the threat passes and cortisol levels fall.

While stress is inevitable and the HPA axis response is a normal response to help you fight and deal with stress, if the limbic system and HPA axis are continually activated (no break in sight), then, Houston, we have a problem.

The body remains in a chronic state of stress.

The tricky thing? This chronic state of stress can happen—even if you don’t think or feel like you’re stressed.

In other words: your body can be physically living in a state of continual inflammation—cortisol and inflammatory cytokines pumping through your body, your immune system revved up, shortness of breath, low or high blood pressure, fatigue—without you necessarily feeling stressed out in the moment if your limbic system and HPA axis are hyper activated.

This is also why research shows that survivors of childhood trauma—wherein the limbic system was highly activated—are more likely to use drugs, attempt suicide, suffer from eating disorders and experience chronic illness later in life  (3, 4).

I knew the brain and mindset were important parts of healing from chronic illness, but like all things, I never really understood until it happened to me.

When I got sick with mold illness, I also developed Mast Cell Activation Syndrome (MCAS) wherein my body became uber sensitive to practically everything! I developed multiple sensitivities to everything—foods (even healthy foods), chemicals in hair care products, clothing fabrics and new construction materials; smells and essential oils.  The workouts I used to be able to do with ease suddenly became difficult. I couldn’t sleep through the night. My body—my limbic system—was in a constant state of underlying stress, hyper-responsive to everything!

The worst triggers of all? Anything new and unknown!

My body began perceiving anything new as a possible threat—a new rental home, a new environment, a new food or material I brought into my house.

Why? My limbic system correlated “new” as “unsafe”, primarily based upon my first time exposure and realization of the mold in my old home that had made me so sick in an environment I had once considered to be “safe.”

How could I trust anything else new if such a safe place had failed me?

As irrational as it may sound, this is exactly how the limbic system works. You can be in a totally new environment, new experience or talking with a completely new person, but if your limbic system associates any former experience with the present, then the stress response can occur.

For example, if you never felt like you “measured” up as a kid—your parents were constantly harping on you about your grades or you felt pressure to perform on the soccer team, then an experience with a boss at work or in a workout, even years later, may bring up these same old beliefs and messages for you: You’re not “good enough.”

Or if you’ve been told by doctors for years that your illness is “all in your head” or never felt like your voice has been heard, then when you partner with a functional medicine practitioner who has a different approach to healing, it makes sense why it still may be hard to trust. Your body and brain are still on the defense.

The big idea: Our beliefs play a huge role in our healing.

It wasn’t until I began retraining the limbic system that my MCAS and mold illness symptoms truly began to resolve. 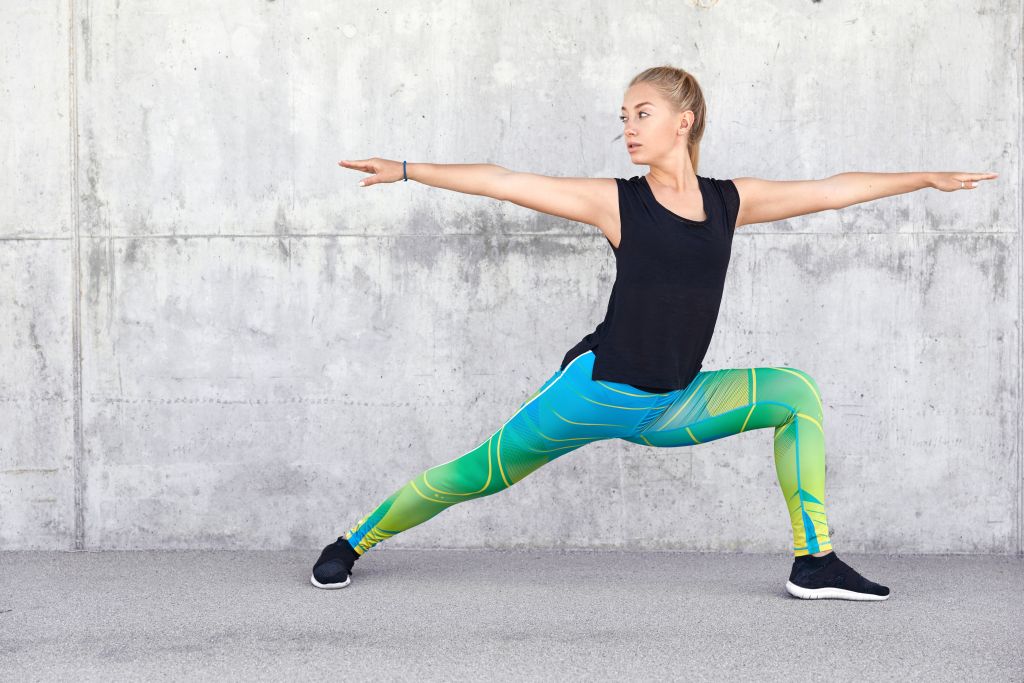 Retraining the limbic system is all about retraining your thoughts and perceptions in order to influence our physiology.  Limbic retraining or brain retraining is designed to bring the systems back to balance, to teach the brain that we’re no longer in danger and we can calm that over hyperactivity down and bring the system back to homeostasis. Here are 7 hacks:

Acknowledge that you feel threatened or stressed and that your fight-or-flight response has been activated. Become aware of how your emotions and body react to significant stress. Reviewing a stressful episode after it’s over can help you think through things for the next time stress comes up.

Interrupt the pattern that is stressing out (such as overly planning or trying to take control over your own health by dieting harder or Dr. Googling more) and say, okay, I’m going to trust this process—such as trusting your practitioner or trusting that things will work out without you needing to plan out every detail

#3. Train Your Brain to Be Present

A good way to stay calm and in the moment is to pay attention to your breathing. Think about the speed and rhythm of your breaths, and focusing on what’s going on in your body as you inhale and exhale As you do this, then begin thinking about a situation you feel stuck in and focus on finding a thoughtful, rational solution. 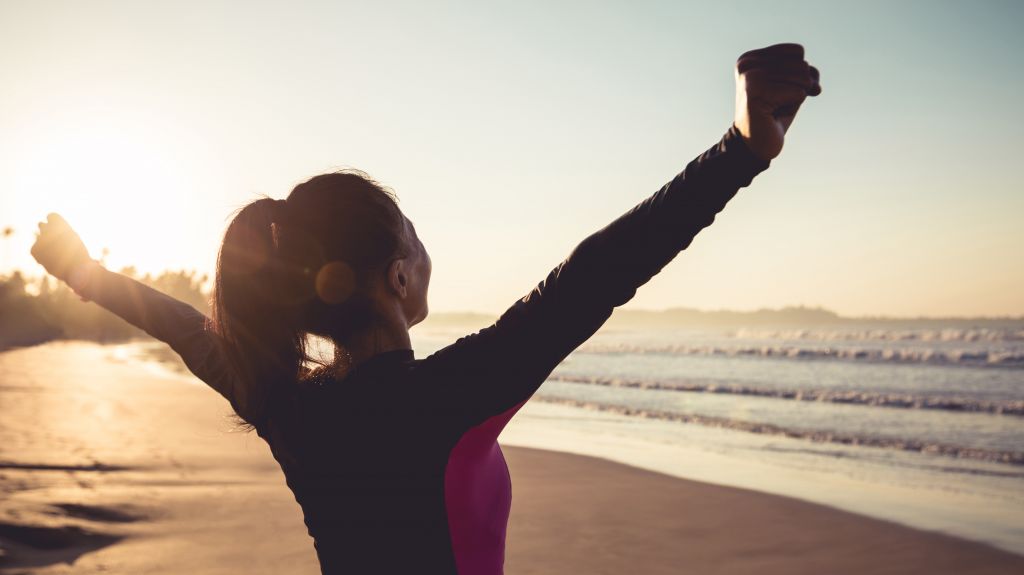 Make a point to incorporate an activity that gets you into “flow” (totally present and thinking primarily about here and now). Meditation is a a great practice to incorporate regularly to help redirect your thoughts to now. Use an app like Insight Timer, Calm and Headspace. And if meditation is not your “thing”, practice unconventional meditation. Do something that gets you into “flow”—creativity, movement, a walk in nature—anything that allows you to escape (away from screens, e-mails and to-do lists) and be present.

Speak healing into your stress: ”I am ok.” “I am healing.” “I am overcoming.” “I am rising strong.” This will be very helpful in retraining the limbic system.

The vagus nerve (brain-gut) connection influences the response of the amygdala. Activate the vagus nerve with vagus nerve stimulating exercises such as: (1.) gargle through a large glass of water (gargle each swig for 30 to 60 seconds); (2.) say “ahhhhh” while pressing your tongue down with a tongue depressor or toothbrush for 10 to 20 seconds at a time; (3.) Do a coffee enema (and hold it in for 10 minutes before going #2 to strengthen the vagus.

Want to start retraining the limbic system or have questions? Contact our virtual clinic today to make an appointment with Dr. Lauryn and get help now.